This short-form video series provides a fun and easy-to-understand introduction to the world of money and investing for kids and parents. Written by David W. Bianchi and illustrated by Kyle Bianchi, this series demystifies complex financial concepts and shows what it takes to spend, save, and invest wisely.Each episode illustrates a new financial fundamental using relatable examples, simple language and entertaining drawings. The minute-long videos make understanding and discussing money matters easy for kids (and their parents)!

This series is based on the book "Blue Chip Kids: What Every Child (and Parent) Should Know About Money, Investing, and the Stock Market." More information about “Blue Chip Kids” can be obtained at www.bluechipkids.com. *Clicking this link will take you out of the current website*

Join us as we learn why it's never too early for anyone to become money smart.

Con'em If You Can - Learn first-hand about the types of persuasion tactics used to perpetrate financial fraud, so that you’ll be better able to defend against them.

Moneytopia - In this game your goal is to successfully manage your money throughout life, until you finally achieve your Big Dream. 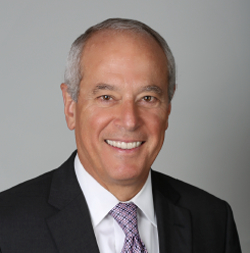 David W. Bianchi has been a lawyer and an investor for the past 37 years. As a lawyer, he is one of the founding partners of Stewart Tilghman Fox Bianchi & Cain, P.A. which he and his partners started in 1984 and where he continues to practice on a full time basis today. He has been selected by his peers for inclusion in numerous publications including the prestigious “Best Lawyers in America,” “Florida Super Lawyers,” Florida Trend’s, Legal Elite, and others. He graduated magna cum laude with a degree in Economics from Tufts University and obtained his law degree from Boston College Law School. More about his legal experience can be found at www.stfblaw.com/.

From the business side, he has had a varied career. Most recently he was Chairman of GnuBio, a spin-out from Harvard University that was developing a desktop DNA sequencing machine. The company was sold to Bio-Rad, Inc. in 2014. He was an original investor and board member of Affomix, Inc. a spin-out from Yale University that was developing a new antibody technology. Affomix was subsequently sold to Illumina, Inc. He was a founder of Florida Savings Bank and served as vice-chairman and a board member. FSB was later sold to Commerce Bank. He has invested in various commercial real estate deals over the years as well. 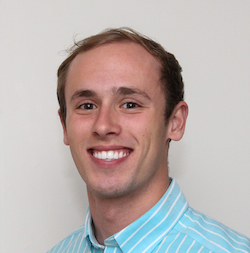 Kyle's passion for drawing began when he was very young. As a student majoring in Graphic and Information Design, Kyle has continued to develop his artistic expertise and to expand his interest areas by studying painting, architecture, photography, videography, and graphic design.

Kyle was originally asked to illustrate Bianchi's book when he was a junior in high school. A request for 20 illustrations grew into more than 160 cartoons which were included in the published book. Kyle has continued to work with his uncle on developing the Blue Chip Kids brand. He served as the illustrator for the public television series and through his work he hopes to reach students young and old around the world and help educated them about the importance of understanding money matters. To learn more about Kyle Bianchi, visit his website at www.kylebianchi.com.

Major funding for the series provided by: